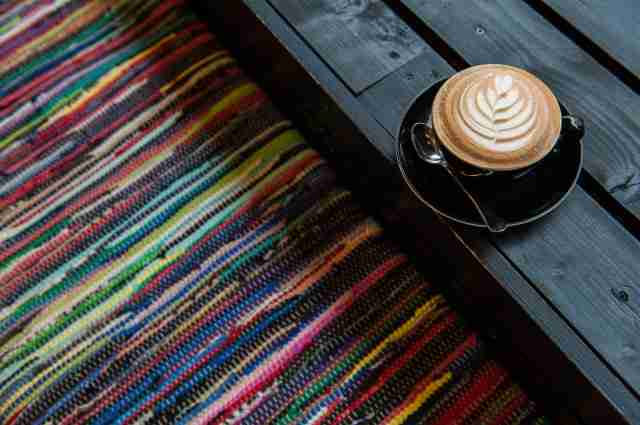 Scandinavia has long been known as the source of some of the most innovative, tasteful coffee projects in the world.

Nordic Approach and Tim Wendelboe are the names on everyone’s lips in Norway; Johan and Nyström and Drop Coffee (winner of the 2013 Sprudgie for Notable Roaster) produce some of the best baristas and coffees in Sweden; and down in Denmark, The Coffee Collective contributes to the hyggelige atmosphere of Copenhagen with their charming shops. But what about Finland?

Until fairly recently, there was not as much to talk about over in Helsinki, despite the fact that Finland has the second-highest per-capita coffee consumption in the world.

However, thanks to the dedicated work of a number of quality-focused shops and a new wave of passionate coffee professionals, Helsinki is rapidly becoming an international coffee destination in its own right.

Sprudge correspondent Kate Beard visited from London last February and toured Helsinki’s coffee scene with Kalle Freese, the 2013 Finnish Barista Champion and owner of Freese Coffee Co in the city’s Töölö district. We can’t imagine a better guide than Mr. Freese, a Finnish coffee professional who’s also something of a cultural ambassador for Helsinki at coffee events around the world.

Here are 5 of his favourite cafes in the Finnish capital (plus a glimpse at his own Freese Coffee Co., at our insistence), with dreamy photos and text by Ms. Beard.

Our first stop was Good Life Coffee, situated in the hip Kallio neighborhood. It was the coziest of all the shops I visited with Kalle, feeling like someone’s living room–soft jazz emanated from a hifi set, half-buried under magazines. A subtle obsession for design infuses the space, from a Dear Coffee I Love You “Enjoy Black Coffee” poster hanging behind the counter to the graphic, colorful Marimekko wallpaper on one wall to the Anglepoise lamps hovering over the tables.

On the gray, slightly oppressive sort of day we visited, it felt exactly the kind of place you’d want to hunker down in for the next few hours, burying your face in a book and chain-drinking delicious Aeropressed coffees and “tynkäs” (flat whites). Mr. Freese agreed, saying that Good Life Coffee is the place he’s most likely to head to on a break. “They always have interesting coffees brewed well.”

What to order: “Päivän suodatenkahvi” (filter coffee of the day), as displayed on the clipboard next to the record player. As the barista said, “filter coffee is kind of our thing.”

What if I told you you could find delicious coffee, served swiftly and unpretentiously, in a shopping mall? Fratello Torrefazione sits at the entrance to the new Kluuvi shopping mall, just minutes from the University of Helsinki library, and has the buzzy vibe of a student café. Except with siphons.

Kalle says he loves the place because of its central location and, of course, the unique spectacle of the siphon coffees. “It can be inconsistent, but when they nail it, they nail it,” he told me. The service is on point as well–the barista was able to help me to a great coffee decision with a few succinct words about the body and flavour of each coffee, without getting florid about it. My Ethiopia Wote from Fratello’s sibling company Kaffa roastery (the Finnish one profiled below, not the pioneering Norwegian Kaffa) was definitely the right choice, offering a wealth of shifting flavours as the coffee cooled. Nailed it.

What to order: A siphon coffee, and if you’re there during Helsinki’s 1 month of summer, a jäätelö (gelato).

You can find Kaffa Roastery in the southwest corner of Helsinki, attached to cutesy homeware/design shop Moko. Formerly based outside of Helsinki, Kaffa moved to their new space in January 2010. The small retail space boasts shelves of all their different coffees, a place for cupping, and a display of everything a home barista could need, including grinders, a Rok manual espresso machine, and other coffee brewing paraphernalia. Kaffa also hosts barista workshops and “cupping extravaganzas”.

When I visited with Mr. Freese (this was the site of his first coffee job), we tried pourovers of the Bolivia Uchumachi, a nutty and smooth coffee with faint berry notes, and the Guatemala Hunapu, which was chocolatey and full-bodied. In Mr. Freese’s opinion, Kaffa is a much-needed staple of the coffee scene in Helsinki, and an important trendsetter for “bringing fresh-roasted speciality coffee to Finland.” Grab an expertly brewed coffee straight from the source, then head next door to soak up some Finnish design with your caffeine.

While you’re at Kaffa, you can also dash up to Pursimiehenkatu 12 to check out newcomer Kuuma, a tiny little shop that just opened this month, stocking coffees from Swedish roaster Johan & Nyström.

The Johan & Nyström store in Helsinki is the company’s first venture outside of their native Sweden. It’s cavernous warehouse space, all brick walls and double-height ceilings, yet it manages to feel cosy. Little alcoves of seating are found all over the space and the lighting lends a warm, golden glow despite the icy gloom outside. Shelves of tea, coffee, and brewing equipment give a sort of ramshackle charm to the downstairs area, while a mezzanine with sofas offers further comfy seating.

We ordered a cappuccino made with the inventively named “Panama Pineapple Thief” espresso, a single origin, natural-process coffee from the Los Lajones estate in Panama promising notes of pineapple in the cup (obviously). Bingo! The cup was bursting with tropical fruits – pineapple, mango, papaya – and the milk, perfectly steamed and silky, added lovely sweetness and caramelization to the flavors. Since Kalle and I visited during the late afternoon rush, we had to perch at the cupping table in the back corner, but it gave us a good spot to observe the café. Mr. Freese says Johan & Nyström is great for their educational courses and cuppings, and the fact that their coffees change frequently. Tea lovers will also enjoy the fact that they have an entire bar dedicated to teas in addition to their coffee bar.

[Editors note: Can we talk about these glasses? Just wow.]

What to order: A silky-smooth cappuccino and a slice of their surprisingly delicious raw cake (unbaked, often vegan and gluten-free).

Last but not least, we visited far-out (by Helsinki standards) Kahvila Sävy, a cute little café owned by Mikko and Kaisa Sarén (the Finnish Cup Taster Champion in 2011). Sävy mostly uses coffee roasted by Turun Kahvipaahtimo, a roaster based in the former Finnish capital of Turku. We shared an Aeropress of their Buziraguhindwa, a washed Bourbon coffee from Burundi, paired with a kauralastu (“oat lace”), a wafer-thin, caramelized cookie reminiscent of an airy, crispy stroopwafel. The Buziraguhindwa was light, fruity, and unfortunately overpowered after one bite of the cardamom-spiced cookie; but the coffee, the cookie, and the teetering stacks of coffee and design magazines in the window sills all made for a very homey atmosphere. It was the perfect way to end our café tour of Helsinki before I sadly headed back to the airport.

What to order: A filter coffee from Turun Kahvipaahtimo, another quality-focused Finnish roastery, and a kauralastu.

But wait! No café tour of Helsinki would be complete, of course, without a visit to Kalle Freese’s own shop in the Töölö district. Just a few streets over from the Finnish Natural History Museum (which has a rather fantastic moose statue outside), sitting amongst colorful blocks of residential buildings, Freese Coffee Co. is a simple and beautiful space. It’s only open on the weekends, which works well, because thanks to its excellent coffee and amazing brunch, it’s the perfect weekend spot.

The coffee is an ever-rotating selection of top Finnish and international roasters (Drop Coffee, The Barn, Turun Kahvipaahtimo and Workshop Coffee during my visit), prepared on a Mahlköning EK43 and a Nuova Simonelli Aurelia II T3. Before coffee stole him away, Mr. Freese thought his calling in life was to be a chef, and it shows. When we he visited he served up a mouthwatering avocado toast with fresh bread and butter from the market, and eggs poached sous vide to the perfect wobbly consistency.

What to order: A “Frespresso” (his version of a Coffee Shot), and whatever delights are being served for brunch.